As per KPMG´s latest Fraud Barometer report, the value of supply chain fraud went up from less than £1 million in the first half of 2012 to around £61 million in the equivalent period of 2013. Hitesh Patel, UK Forensic Partner at KPMG says:

“What has been really marked is the increase in the corruption of supply chains by fraudsters.  In one particularly shocking case, a company sold fake bomb detectors to Iraqi authorities, at a financial cost of £55m, but the real damage was human injury and suffering. While procurement functions seek to do relevant due diligence checks on potential suppliers, fraudsters are increasingly getting smarter at circumventing traditional procurement processes and controls.”

Recently in June ’13, Oxfam anti-fraud chief accused of plundering £62,857.58 and stealing a laptop while working for the aid organization’s counter-fraud department.

In another incident that made headlines, a former Lloyds bank worker in charge of online security has been jailed for five years over a £2.4m fraud. She submitted false invoices to claim payments between 2007 and 2011.

As seen in the incidents, the very people who were in charge of ensuring fraud free activities were the perpetrators of some of the biggest frauds. A fraud can not only have serious implication on an organization’s reputation and finances but it can also endanger human life, as seen in the fake bomb detectors case.

Even though various organization and supplier transactions are being automated using eProcurement technology, human intervention is a must. This is where the chances of fraud amplify. What’s needed is stringent anti-procurement fraud system that can detect and help organizations prevent such frauds. Include clauses in contracts be it for suppliers or the employees, that will take serious actions if caught in a sham.

I would like to end this blog with an open question, “What is your organization doing to prevent procurement frauds?”

You can join the conversation on our LinkedIn group, “Spend Intelligence Resource Group”

Roshnee works with the content leadership team of Zycus. She regularly writes on procurement - trends and best practices, sometimes taking the off beat path to bring in a fresh perspective. She also drives the branding activities of her company. In her free time she enjoys hot cuppa coffee with the latest fiction book. She is an MBA in Marketing and a graduate in commerce.

The 3 Rs of Procurement in European BFSI

The Easiest Way to Integrate ERP with Merlin A.I. Suite 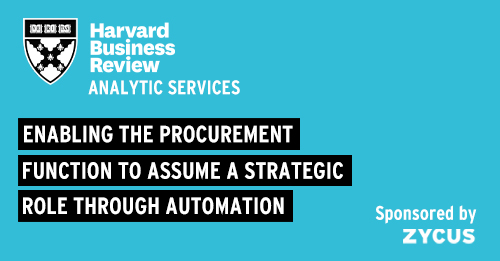